As well as the tablet kit for our project in Malawit, we brought a high-end set of gear to work with and to compare in how it's used. It was basically Rick Goldsmith's core film-making kit at the moment (built around a decent camcorder) and supplemented with some of my Open University gear.  It's just possible to film solo with this setup, but that's not really the point - it allows a crew to work together to capture high quality sound and video, with a lot of control over the recording settings. 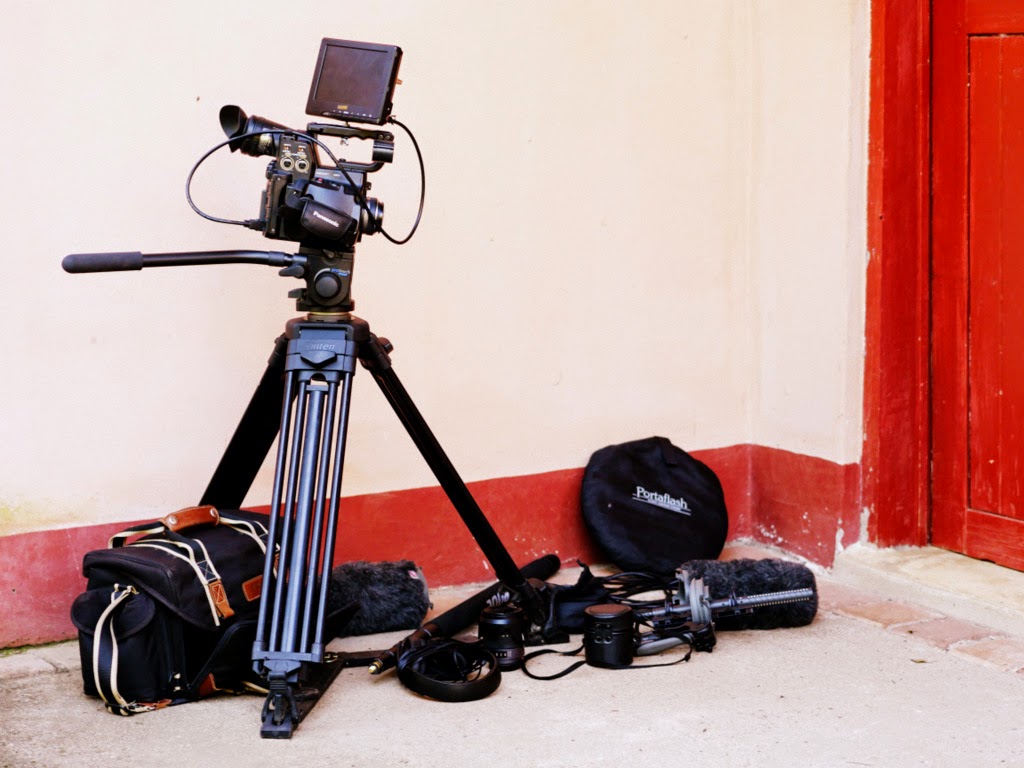 The kit, consists of:
Mac laptop set up as an edit deck with

Although our participants needed quite a lot of hands-on support to get going with this setup, it's not quite true that it's harder to use for newcomers to film-making.  Most people can pick up an ipad and start shooting and get something straight away. But once the idea that the idea of control over the camera to get an intentional shot is introduced then it's a less straight-forward comparison.  Having a large, robust rig with more physical controls provides a good opportunity to work with things like focus, exposure and white balance, which even if they're available on smaller devices are often hidden behind touchscreen menu options.  In a sense the equipment itself motivates a more considered approach to shooting and with enthusiasm and appropriate support it can work very well for a group.  It also encourages teamworking, with space for several people collaborate in getting a shot. 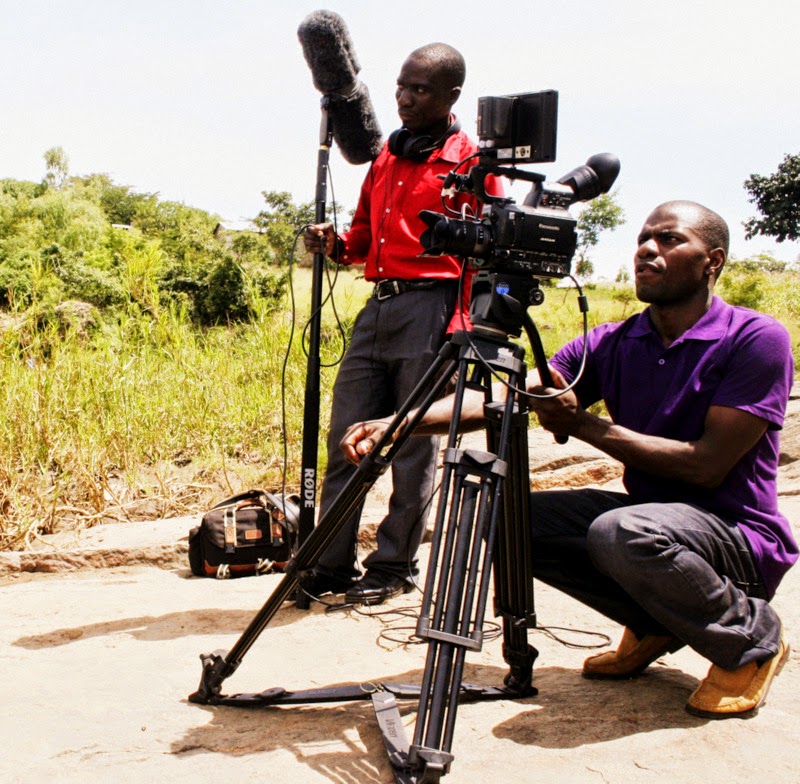 Issues we've run into
Conclusions
Higher end kit can have a place in participatory film-making and opens doors for creativity and finer control of outcomes.  It forces more planning and thinking through how things are going to look, but this pays off in the edit. A nice progression was getting participants interested in thinking about film-making and expressing their own ideas with the tablet based kit, and then working together as a group using this gear.  In the end a lot comes out of the particular interests of the participants themselves.

Posted by Posthelion at 14:19 No comments:

In our pilot project in Malawi, we've been quite interested to see what mobiles and tablets give in terms of workflow, in field conditions.  Rick Goldsmith of Catcher Media has been using ipads in workshops for some time now, and he's built up a nice set of accessories that bridge the gap between a handheld ipad and something a group can work with and hope to get good sound.  This kit was based on what he's learned so far. 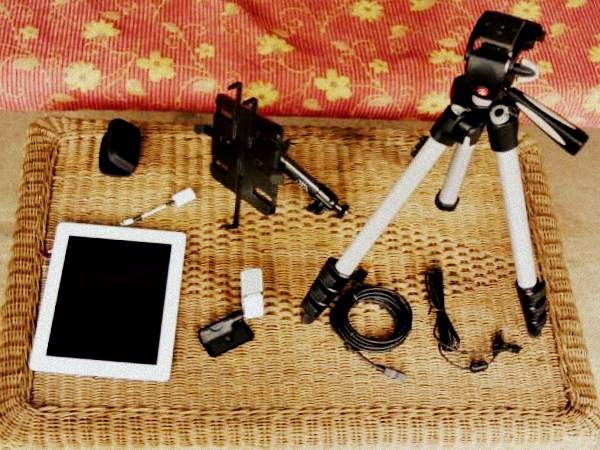 The basic kit, consists of:
Apps on the ipads:

The mic allows for direct monitoring with headphones, and can be mounted on a boom pole for 2 person operation. This gives a lot of flexibility as one can move from a handheld solo ipad to a set up that works reasonably well for interviews.  We didn't buy a specific tripod and boom pole for this project, but the lightweight one here is fine (from my DSLR travel kit).  A lighter boom pole would have been quite feasible, and would have given a nicely portable overall weight of kit.  An alternative to the tripod and tripod mount would be some kind of clamp, which would again cut down on weight and size by replacing the tripod with door frames, chairs or whatever else offers a stable edge to clamp on to.

In terms of apps, we have a number loaded on, but these three are the key ones we've used so far. iMovie is very intuitive, but the Pinnacle app adds a few more features (separating out sound tracks, for example) which give a little more scope without being hard to use.  Videon offers more creative control and even some simple editing facilities like splitting clips and colour correction.

Issues we've run into
Overall we think there's a lot to be said for this set up for building up skills.  It's not quite as satisfying for group work or for introducing video controls as camcorder based setups, but that might just be the way we're used to working.
Posted by Posthelion at 02:07 1 comment:

What this blog is for

I'm setting up this blog to share information about equipment between PV practitioners.  The initial impetus is a pilot study in Malawi where one of the things we're doing is evaluating different kinds of equipment in field conditions. We 're blogging the project at http://differentkindofteacher.blogspot.com/ but I thought it would be good to put the kit reports up separately and start to invite others to contribute to.  The idea is to have short, manageable reports ad reviews on the equipment we use for participatory video and how it turns out in practice. 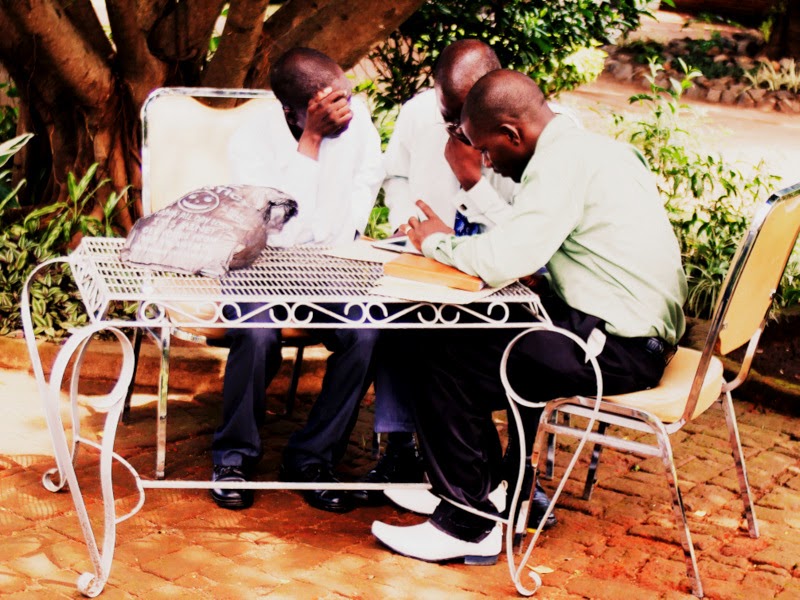 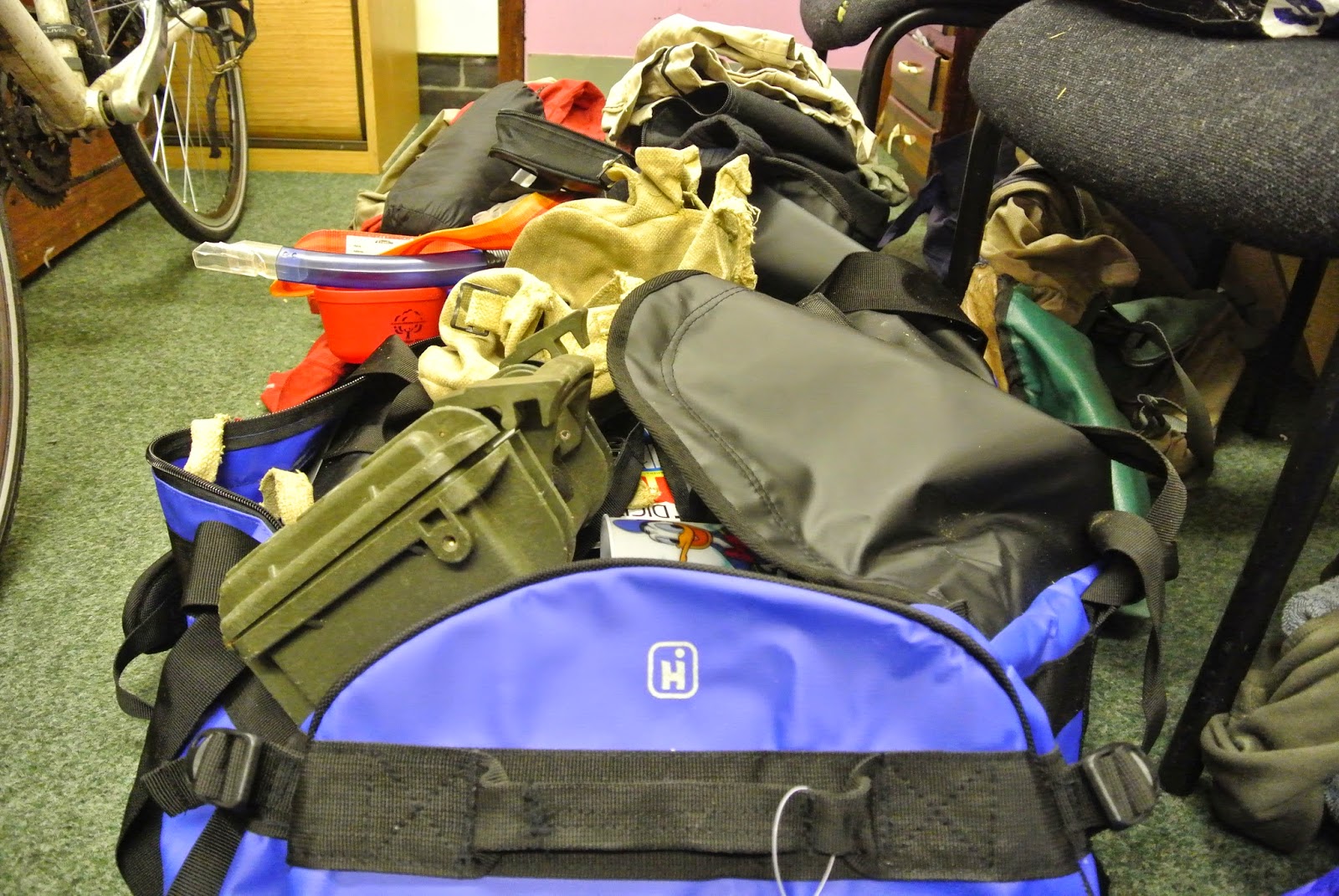 Posted by Posthelion at 02:54 No comments: